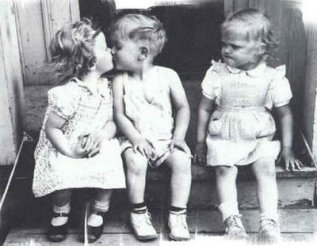 Hell hath no fury like a woman scorned. Never has a statement been so true. Getting jilted or led on by a lover is never easy.  As history has proven, some women don’t take  well to rejection and literally have caused harm and even death to their “loved” ones.

We remember Amy Fisher who gained notoriety after shooting the wife of her lover at point blank range. Then there was Lorena Bobbitt who cut off her husband’s most prized possession. R&B singer Lisa “Left Eye” Lopes burned down her NFL boyfriend’s mansion. Sahel Kazemi shot and killed NFL star Steve McNair and then turned the gun on herself, and most recently YaVaughnie Wilkens plastered billboards in NY, Atlanta, & Chicago with pictures of herself and married boyfriend Charles E. Phillips. Phillips,  is the President of technology company Oracle and he also serves as a member of President Obamas’s Economic Recovery Advisory Board. According to reports, Wilkins went ballistic after she learned that Phillips reconciled with his wife despite their 8 yr long affair. The result? Pictures of the affair posted all across 3 major cities.

YaVaughnie Wilkins went nuclear after she learned that Charles E. Phillips,president of tech conglomerate Oracle and a member of Obama’s Economic Recovery Advisory Board — reconciled with his wife despite his lengthy affair with Wilkins. Wilkins plastered the country with billboards proclaiming, “You are my soulmate forever – cep.” She also invites the curious to go to a Web site http://www.charlesphillipsandyavaughniewilkins.com that is a veritable shrine to Wilkins’ ex-love and feature eight years’ worth of photos of the pair canoodling around the world.

This is just a small list of women that have exercised revenge on their lovers. While these stories have made headlines, I’m sure there are many other jilted women in cities across the U.S. that have given a different meaning to the saying “Revenge is a bitch”.

They do this by telling that person what he or she wants to hear in order to get what they want. People say I love you with no real feelingor emotion behind it. Instead they sell hopes and dreams all in an effort to continue fulfilling their own selfish needs. It can be in the form of sex, money, material things, etc. However, when their charade is exposed all that remains is a hurt, angry, and crazy individual.

And when a person gives their all to only realize that the feelings weren’t reciprocated it can literally drive a person mad. No one likes to be taken for a fool. Love, while it can be great, can also end badly when you disregard the other individual’s feelings. When it comes to matters of the heart all I can suggest is to be honest about your feelings and intentions. In the long run you’ll be better off for it. And remember karma is a bitch so don’t do anything that you wouldn’t want done to you.

One thought on “Hell Hath No Fury Like a Woman Scorned”